Orlando – Valencia College will celebrate the 23rd Annual Valencia Film Celebration at its new film and sound building on Friday, Feb. 9, and Saturday, Feb. 10. From the new cutting-edge facility at the Valencia’s East Campus, the college film production technology program will showcase student shorts and feature films which Valencia students worked in conjunction with industry professionals to produce.

Films will show in the new building’s 125-seat, Dolby Atmos® Immersive Sound screening theater. On both nights of this student-run event, doors will open at 5:30 p.m., and the screenings will begin at 6:30 p.m. Student shorts will be followed by a feature film, including Q&As with the directors and producers of each project.

On Friday, the celebration will screen “Mind The Gap”, directed by Ilana Marks and starring Erin Buete (“The Vampire Diaries,” “Tooth Fairy 2”). The Saturday feature, “Frank vs. God” directed by Stewart Schill (“American Horror Story,” “Dexter”), was produced by the late Ralph Clemente, who founded Valencia’s film program and served as its chair until his sudden passing in 2015. Clemente was instrumental in pushing for the expansion of the film program, which ultimately paved the way for the new film and sound building at Valencia’s School of the Art and Entertainment.

Tickets to the 23rd Annual Valencia Film Celebration are $7 general admission, or a $11 for 2-Day Celebration pass. Concessions and commemorative celebration T-shirts will be available for purchase. All proceeds will go toward the film program, funding student-produced projects. The event is free for Valencia College students, faculty and staff.

The Valencia College film and sound building is located on the north end of Valencia’s East Campus at 701 North Econlockhatchee Trail, Orlando, FL 32825.

For more details and to learn more about the celebration films, as well as the screening schedule, please visit www.valenciafilmcelebration.com. 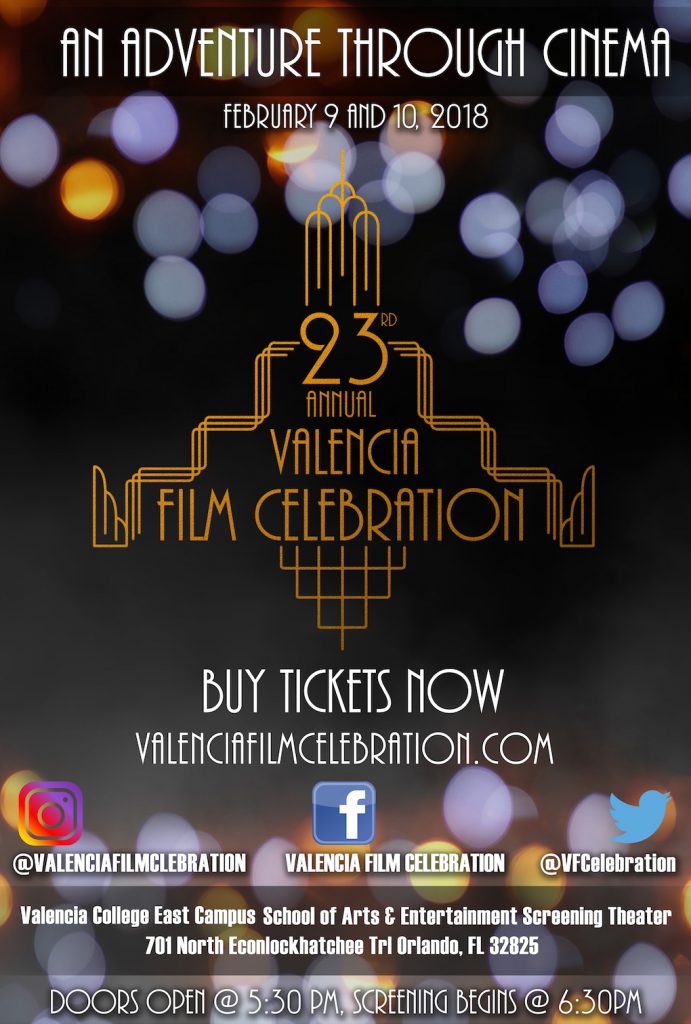