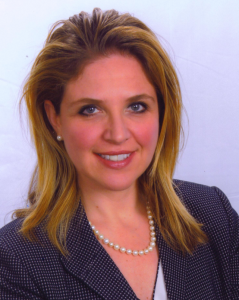 Under Gonzalez’s leadership, Take Stock in Children has successfully raised over $4 million for college scholarships and mentor recruitment to benefit academically promising students from disadvantaged backgrounds. All of the students who entered the program in 2008 as 7th graders have graduated from high school and gone on to college.

Prior to Take Stock in Children, Gonzalez served as regional director for the Central Florida office of U.S. Sen. Mel Martinez and was a middle-school principal for Orange County Public Schools.

In February, the Hispanic Chamber of Commerce of Metro Orlando named Gonzalez one of Central Florida’s 25 most influential Hispanics. A resident of Winter Park, Gonzalez holds a master’s degree in Educational Administration, Business and Leadership from Nova Southeastern University, with an undergraduate degree in education from the University of Central Florida.