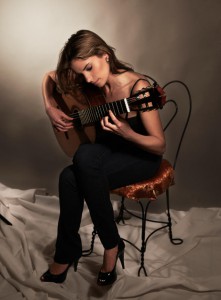 Vidovic, a former child prodigy who has performed internationally since age 11, will play a concert at 7:30 p.m. at the Performing Arts Center on Valencia’s East Campus, located at 701 N. Econlockhatchee Trail, Orlando.

The concert is free and open to the public.

Inspired by her brother Viktor, who plays classical guitar, and her father, who played electric guitar, Ana Vidovic started playing guitar at the age of five. She began performing publicly at age eight and was performing internationally by age 11. At age 13, she became the youngest student to attend the prestigious Academy of Music in Zagreb, Croatia, where she studied with Professor Istvan Romer.