When Joel Setzer graduated from high school, he wasn’t focused on college.

Instead, he channeled his energy into Rory, the Orlando-based indie rock band that he was in – and their plans to tour the country.

The band mates, who started playing together in 1998 when they were in ninth grade, spent their post-high school years touring the country and experiencing some success, including recording an album in Los Angeles with Oingo Boingo bassist John Avila and Blink-182 bassist Mark Hoppus.

“I was traveling, playing in my band,” reflects Setzer. “It’s all I wanted to do, so I did that for six years.”

Along the way, Setzer was getting another kind of education – in architecture and urban development. “I got to see a lot of cool cities. Chicago is really cool and out west, Seattle and Portland are great. But what was neat was seeing these small ciites that are comparable to Orlando.”

So, when he decided at age 24 that he was tired of living on the road, Setzer returned home to Orlando – and checked out Valencia’s two-year architecture program.

“I wanted to explore what I could do creatively and, going into the (architecture) studio at Valencia and seeing that, I realized that it’s very similar to the collaboration you experience in music,” he says.

As he finished his first two years in the program – and readied to transfer to a four-year program, Setzer considered transferring to University of Florida or University of Texas, which would have taken him back to one of his favorite college towns, Austin.

It was a gamble on the students’ part – betting one’s future on a new program that had no history and no well-connected alumni – but Setzer and his classmates weren’t deterred.

“We had a really tight class,” says Setzer, “It’s like a band. You’re always together. So about seven or eight of us said, ‘Let’s just stay here.’ “

The creative synergy – and the feeling that they were underdogs in a buttoned-down profession where the top-ranked architecture schools include Yale, Harvard and Cornell – strengthened their resolve.

“I knew I wanted to live and work in Orlando,” says Setzer, now 34. And by spending his architecture education in Orlando, he got the chance to work at architecture firms while he was in school. 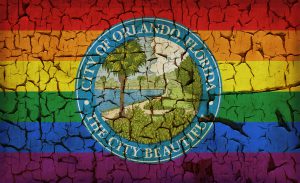 “For me, architecture school teaches you how to think, how to solve problems,” he says. “But I think working at a firm while you’re in school is so valuable. You’re getting the skills that you may not have learned in school.”

When Setzer and his classmates – the first class to graduate from UF CityLab Orlando – received their master’s degrees in 2014, they all walked out with jobs. It was a remarkable feat – and a warm welcome from Orlando’s architectural community, which has embraced the 2+2+2 partnership and its graduates.

And he’s proud that he gets to work in his hometown – and help turn it into one of those cool, funky cities that he always knew it could be. 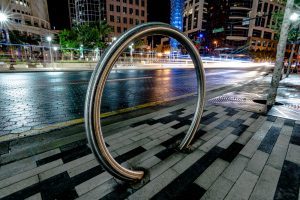 “For a long time, it seems like Orlando has struggled to find its own identity, but it’s starting to happen,” says Setzer. “Neighborhoods are popping up in places that were ignored before. There are little neighborhood restaurants and bars.”

While many outsiders write off Orlando as a vapid land of theme parks and little else, Setzer enjoys showing off his hometown to visiting friends. “It’s fun to take people to all these cool spots,” he says. “Things are happening here. “I think Orlando is in a unique position to be a really great city. There’s a lot of opportunity here – but it’s the people here who will make it great. That’s what happened in Austin, that’s what happened in Portland. And it could happen in Orlando.”