Chauncey G. Parker III loved English and writing — but he was also a witness to history in his 30s, working as a member of the U.S. delegation to the United Nations Security Council during the Cuban Missile Crisis in 1962.

“It was fascinating to talk to someone who was there.. in the room as they were channeling information back to President Kennedy so he could make some critical decisions,” said David Sutton, dean of humanities and foreign language at Valencia’s East Campus. 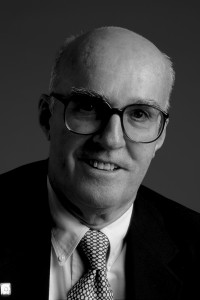 Parker, a Harvard graduate and former English professor at Valencia, died on Monday at age 86.

After serving in the Marine Corps, Parker worked as an aide to former U.N. Ambassador Adlai Stevenson.

In 1987, he began teaching composition at Valencia until retiring in 2001. In addition to teaching, Parker was also a writer, His first book, “The Visitor,” was published by NAL/Signet in 1981 and was subsequently the basis for the feature-length film, “Of Unknown Origin.”

Parker was remembered in an obituary in the Orlando Sentinel. To read it, click below.