Orlando, FL – At its July 16 meeting, the Valencia College District Board of Trustees voted unanimously to elect Maria Grulich as its chair.

A native of Cuba, Grulich left the island for the U.S. in elementary school and later attended the University of South Florida. She serves as Osceola County’s first international development director, where she assists international business investors and visitors from foreign governments. She currently lives with her two children in Celebration. 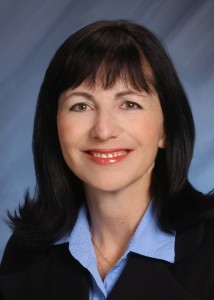 At the same meeting, the board elected Lew Oliver III as its vice chair. Oliver is a law partner with Quinones, Fitzgibbons, Pfister & Oliver P.L. and resides in Orlando.

In other action, the board elected Guillermo Hansento serve as the board liaison to the Valencia College Foundation. Hansen, 54, of Kissimmee, has been the publisher and editor of the El Osceola Star newspaper since 1992 and member of the Osceola Tourist Development Council since 2000.

The Valencia College Foundation is a separate, not-for-profit corporation chartered in 1974 to provide financially for the college’s educational needs that cannot be met through state aid or student tuition income.

Valencia’s governing board is appointed by the governor to direct the college’s policies. Other members are Jerry Buchanan, Lori Kifer Johnson, Jo Quittschreiber and Fernando Perez.

Founded in 1967, Valencia is the third largest of Florida’s 28 community colleges, educating more than 70,000 students a year. Valencia was named the top community college in the nation for 2011-2012 by the Aspen Institute, based on the strength of its graduation and transfer rates, especially among minority students, as well as the high job placement rates of its workforce training programs.

The college offers a two-year A.A. parallel program that prepares students to transfer to an upper-division college or university; technical programs and continuing education courses that prepare students to meet the needs of business and industry, and bachelor’s programs in Radiologic and Imaging Sciences, Electrical and Computer Engineering Technology, and Cardiopulmonary Science (2014). Valencia operates six campuses and centers in Central Florida’s Orange and Osceola counties, with an economic impact on the region of more than $1 billion a year.More on Valencia can be found at http://www.valenciacollege.edu