The play, which was nominated for six Tony Awards this year, arrives at Valencia’s Black Box Theater for a seven-day run, starting June 6th. 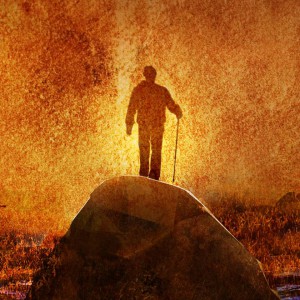 Set in 1934 off the west coast of Ireland, “The Cripple of Inishmaan” is a strange comic tale in the great tradition of Irish storytelling. Written by director and playwright McDonagh, who’s best known for “The Beauty Queen of Leenane” and “The Pillowman,” “The Cripple of Inishmaan” tells the story of “Cripple Billy” Claven, who dreams of breaking away from the tedium of his life by joining a film being made by famed Hollywood director Robert Flaherty. Through storytelling, the audience learns truths hidden for years by those surrounding Billy.

“Beneath the volley of barbs and loopy postures lies the same bedrock of wistfulness and exasperation that makes ‘Beauty Queen’ so poignant. Mr. McDonagh has again created characters for whom the line between cruelty and kindness is slender,” said The New York Times.

Tickets are $12 general admission, $10 for students, faculty, staff, alumni and senior citizens. To buy tickets, please visit valenciacollege.edu/arts or call the box office at 407-582-2900. Seating is limited in the Black Box Theater, so advance purchase is advised.

Note: Audience members can participate in a talkback with the director, cast and crew following the performance on Friday, June 13.

WHAT: Martin McDonagh’s “The Cripple of Inishmaan”

WHEN: TWO WEEKS ONLY – 7 PERFORMANCES