Orlando, FL – Valencia College Theater will present the Tony-winning musical, “Evita,” about the rise to power of Eva Perón, who left her small, provincial town at the age of 15 and eventually became the First Lady of Argentina.

The musical, which tracks Evita’s transformation from poverty to power, made its theatrical debut on London’s West End in 1978, winning the Laurence Olivier Award for Best Musical, and on Broadway a year later, where it won seven Tonys and became the first British musical to receive the Tony Award for Best Musical.

The music was written by Andrew Lloyd Webber, with lyrics by Tim Rice. Valencia’s production will be directed by Paul Castaneda. 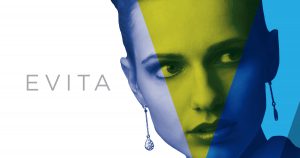 The play will be performed in Valencia’s Performing Arts Center, which is located on Valencia’s East Campus.

General admission tickets cost $15. Senior citizens, Valencia faculty, staff, students and alumni may purchase tickets for $12. Tickets can be purchased online at www.valenciacollege.edu/arts. (Save $2 per ticket by purchasing online with the promo code VALENCIAWEB.)