Everybody wants to create a million-dollar “app” – an app that will be so indispensable that people will pay for the privilege of downloading it to their mobile phones.

But apps have, until recently, been created primarily by computer software engineers. And in the computer science departments of colleges and universities, it has traditionally taken a long time to learn how to program and create an app – a computer program designed to run on smartphones, tablets and other mobile devices.

At Valencia, learning how to create an app usually takes three semesters: Students spend one semester learning introduction to computer programming, followed by another semester in which they learn the computer programming language, and finally, in their third semester, they could take a class in mobile app development.

But many students are itching to dig into apps quickly, so Joan Alexander, program chair of computer programming at West Campus, suggested that Valencia borrow an idea from the private, for-profit colleges, which teach students how to create mobile apps in a much shorter time frame.

“(For-profit colleges) teach them in an accelerated, concentrated course,” said Alexander. “For instance, one teaches mobile app development eight hours a day for several weeks. … You can never get in those classes, though, because the demand is too great.”

Alexander suggested that Valencia retool its mobile-app strategy – and teach students how to create an app in one semester. Called “Zero to App,” the course series compresses three classes so they can be offered in a single semester instead of three full-length classes. The Zero to App course series debuted in spring 2014 and has been very popular with students.

Taught by Valencia faculty member Mahendra Gossai, the course actually covers three classes in one semester: The first five weeks of the semester are geared toward teaching the basics of computer programming; during the second five weeks, the students focus on learning the programming language; and in the final five weeks, they learn how to create an app.

“I knew it was do-able,” says Gossai. “A lot of other institutions are teaching mobile apps in one semester and there are professional development programs that do it in a couple of months, which is even shorter than our program.”

“I was quite impressed,” says Gossai. “In the past, we’ve done this class for 16 weeks and we had some pretty decent projects come out of that class. But these students did projects that were much more complete (in five weeks) than my 16-weeks class.” 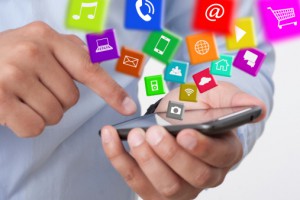 Why? The concentrated nature of the class – meeting for many hours each week over a shorter time frame – helped them stay focused. “A lot of students said they were able to keep focused on it because they were meeting 6 hours a week for five weeks. Over the course of a typical 16-week class, they were distracted by other classes,” says Gossai. “They found it more exciting to do it this way.”

“Sometimes in a traditional class, students get distracted after so many weeks. With this, you get instant gratification – 5 weeks and you move on. It’s fast-paced and exciting,” Alexander said.

“It was just amazing. The student feedback was great. They loved the pace of it,” said Alexander. “It was hard, but a lot of fun. They were incredulous at what they could do in just 16 weeks.”

So what’s next for the Zero to App team?

Now he believes Valencia should start creating technical certificates for app development. “Nobody else in the state offers that,” he says.

And for students, perhaps the best news was this: Anyone can take the classes, not just computer science majors.

“That’s the point of Zero to App,” says Gossai. “You don’t necessarily have to be a computer science major to take them. You could come in, take these three classes and earn a certificate to go into mobile app development.”

Buoyed by the success of the class, Valencia’s now planning to offer it through the college’s continuing education division, so that people in the workforce can learn to create mobile apps in as little as 16 weeks too.

“We’re really excited,” said Alexander. “We didn’t know if it would work, and all of a sudden, it exploded. I’m dumbfounded by it. It was just an idea out of the blue that came to fruition and has really helped students.”

For more information about this Continuing Education Course, visit:  Zero to App (CNZ 2008)