Valencia College’s president, Dr. Sandy Shugart, will participate in a high-powered panel discussion on jobs creation on Aug. 29 at this year’s Republican National Convention in Tampa.

The panel, which was assembled by Huffington Post creator Arianna Huffington, will explore solutions to the nation’s jobs crisis. The panel includes a number of heavyweights from business, government and the nonprofit sector. 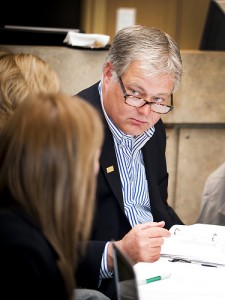 Shugart was selected to participate because Valencia was named the winner of the 2011 Aspen Prize for Community College Excellence. In addition, the college has a 95 percent placement rate for graduates of its Associate in Science programs, which train students in specialized skills that are in demand.