Orlando, FL – The Valencia College Theater will present two hard-hitting modern plays, “Rattlesnakes” and “Talk About the Passion,” from June 10-19 in the Black Box Theater at Valencia College’s East Campus.

The two plays, both by British playwright Graham Farrow, are linked by the theme of retribution, exploring the media’s fascination with serial killers, and the fall-out from infidelity in marriage.

“Rattlesnakes” examines the seedy world of the gigolo providing sex to bored and lonely wives. A vigilante group of betrayed husbands seek retribution in this hard-hitting study of betrayal and personal failure. 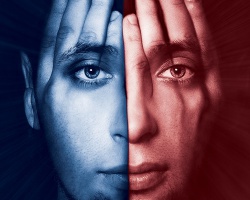 In “Talk about the Passion,” a young child is horrifically murdered, but the autobiography of the serial killer is a hit publication. Jason Carroway is forced to endure the guilt at failing to protect his son and the subsequent media attention that accompanies the controversial release of the killer’s autobiography. The play is a powerful exploration of loss, the human desire for justice and society’s collusion in the glamorization of evil.

Both plays are set to be produced as motion pictures. This production marks the first time that both plays are being performed together on the same night.

Valencia’s production will be directed by program chair John DiDonna.

Use the code “VALENCIAWEB” for a $2 discount on each ticket. The discount is for online purchases only. Tickets and more information are also available by calling the college box office at 407-582-2900.